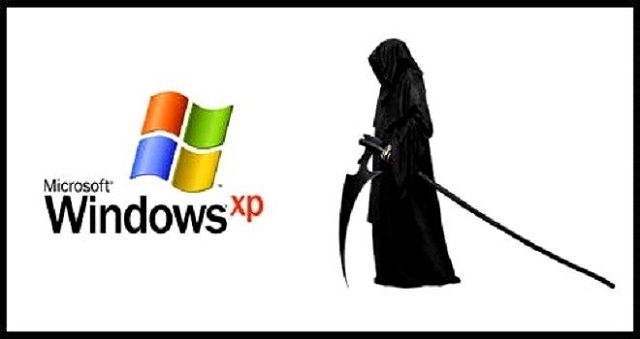 Billions of Computer users, especially in corporate offices and organizations would be shocked to know that Microsoft is finally going to shutdown Windows XP support, so now they have to get ready for new strategy.
Welcome back to Intelligent Computing, today I am going to discuss the importance of being and getting ahead and why it’s so important. You will really get to know about the world’s stats about the working fashion with windows XP and why it won’t be going to stay alive.
According to survey, in era of 2013, still 40% of the computer users, are using Windows XP no matter Microsoft has released 3 newer Windows operating system after that.
Microsoft is going to shutdown all the services, support, updates and fix related to Windows XP after 8 April 2014. Lets read this post and get to know each and everything you need to know about the pack up of Windows XP.

Windows XP: Good Bye is near

As Mentioned earlier, Microsoft is going to stop support, services, updates and fixes for any of Windows XP and its component after 8 April 2014. Microsoft Announced that they won’t release any of the Security updates, Service packs, or any other features that supports Windows XP.
Bye the way, you must be confused, how this will affect the market and user those are using Windows XP? It may be possible that your may keep using the Windows XP without further updating it and keep using it as it is. But this is really not possible in various aspects. I’ll let you know about it after few moments.

Windows XP: How much necessary is Updates?

Before I explain you, I would like to tell you, if you really get a copy of Windows XP released in 2001, and install it. You won’t be able to run 90% of the software application as you are able to run on Windows XP at this time.
Why?
Updates are the software’s new version that provides functionality, up gradation, and enhancements that allow users to stay in changing software era and keep using the new functionality around.
Windows XP’s version in 2011 will not be able to run Microsoft Office 2007, not even adobe reader 11, nether your Google chrome 29 will be working not your various other software will be able to install.
Microsoft released Service packs, updates, security patches and all so that your computer keeps working with newer version of software’s.
Another point I would like to highlight is, Hackers around the world keep finding the newer ways to make holes in system to attack. When these are reported to Microsoft, they work and get new programs and send them as updates to operating system to prevent those attacks.

Windows XP: What would be the Scene without update?

Just imagine, after April 8 2014, who will be tracking the hackers new idea and provide new way to secure your PC. Your valuable Data inside it would be compromised easily. Especially for corporate offices they have enormous amount of data. Imagine you got newer version of Google chrome and it says its not supported in your System because xyz feature require and it won’t be provided by Microsoft for Windows XP. Really horrible scene can be there.
It would be like keep your door open in thief’s area, your cookies, your passwords, credit card details, encryptions can be tried to break and no one would be there to help you prevent that.

Windows XP: Without updates you are?

Without the Updates of Windows XP, you won’t be able to get:

Windows XP: Why Microsoft is doing this?

The one answer is Business! Of cores people are sitting at Windows XP, what would be the market of Windows 7 and Windows 8? People won’t buy them.
According to Microsoft’s policy, Microsoft provides supports to its Operating system up to 10 year after its release. And Windows XP got 12 year already. It’s support should be stopped on 2011 but it was extended again.
This announcement will result in installation of newer operating system on millions of Computers. Microsoft had announced Scheme for XP user to Upgrade their system to Widows 7 in just $ 40-50 and many people even did this, but now they have to get Windows 7 on normal rates.

Windows XP: Why there are so many XP users?

Resources and price for upgrade is the major reason. Companies’ thinks they are saving money by using Windows XP and it also require very low configuration of system. If they’ll upgrade, they will need to buy newer Operating system plus they will have to upgrades 1000s of PC and this will cost a lot.

Windows XP: What if you still have to stay on Windows XP?

Those who don’t uses Internet, can survive further 1 or 2 year but viruses, malware can be get in through USB, and other methods too.
Keeping good Anti-virus, anti-malware, anti-spyware and keeping them up to date can help user to stay safe for some more time.
Those who think to save money by avoiding new OS and hardware upgrade, can have great loss to their information, data and assets on older PCs.

Bottom Line: Get ahead, be Intelligent

Just think its techno era 2013 and you are still relying on 12 year old Operating system windows XP even after release of 3 major Operating systems is really outdated. If you want to stay on XP, you have to make your PC isolate from outer world, internet, pen drives etc. Think of touch era, virtualization, Cloud computing, and you are still on Windows XP. It’s time to get ahead.
Share this post and leave your comments what you think how much it matters to you.
http://Inteligentcomp.com