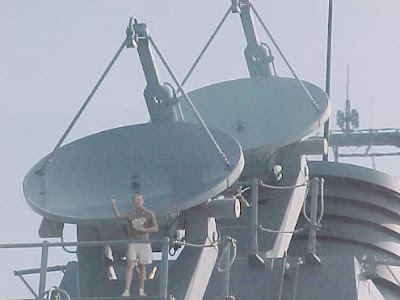 This post deals with one of the most prominent applications of  RADAR that is tracking. Tracking Radar is used to track or detect the future location of the target. Hope you like it!!!
Recap
In the previous post ROLE OF RADAR IN DEFENSE PART 1 on October 19, 2012, I dealt with basic radar. What is radar, how it works, its components and its types are discussed along with Doppler’s effect. Here I am going to discuss one of the most useful applications of radar that is tracking.

It is used to measure the coordinates and provides data to determine target path and the future location of the target. Tracking can be performed in range, angle and Doppler. In movies like TOP GUN and some other cult movies of air-force and navy we have seen that location of enemy airplanes and ships is detected and when a missile is engaged to them the missile follows the enemy/target until it blows them off. Well this is one of the most action packed examples I know!!!!
First the target is searched and its location is confirmed and is then tracked by the tracking radar. A single radar can function as both search radar and tracking radar but we always take two different radars one for searching and other for tracking. Such combination of radars is known as acquisition radars.
Acquisition radar= target radar + search radar
Tracking radar is generally classified into two types
Track-while-scan radar: – These are long range tracking radar which track in sectors and if loose targets get them back easily due to their wide range.
Continuous tracking radar: – These are far accurate radars used where high accuracy and continuous tracking is needed. These have low range and are used generally for military purposes like missile guidance radar.

There are various techniques used for target detection :-

A Tracking radar controls the movement of antenna. The antenna is moved in the direction of motion of the target. This is done using servo-mechanism.

Servo-mechanism controls the motion of radar antenna by a motor according to the path of the target. The above figure explains the concept of servo-mechanism. The position and direction of motion of target is sensed and if target is approaching towards the edge or getting out of range of the radar then an error signal is added to the motor controller and motor positions the radar antenna accordingly.
Sequential lobbing 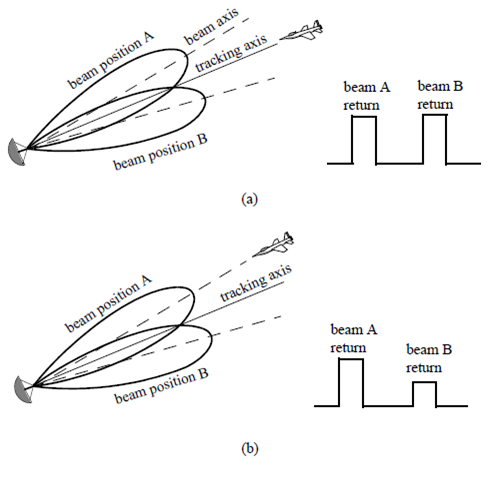 In the figure here two lobes are represented and at the intersection of these lobes is the target which means that in this technique the radar radiates in two lobes along the tracking axis sequentially. As the target changes its position with respect to the tracking axis, antenna is turned accordingly through servomechanism. In the figure here when the jet is on tracking axis, each lobe must be sequentially switched. When a situation like figure (b) happens error signal is taken and antenna turns accordingly in order to be back like in position (a).

Here four pulses are required to track the target. 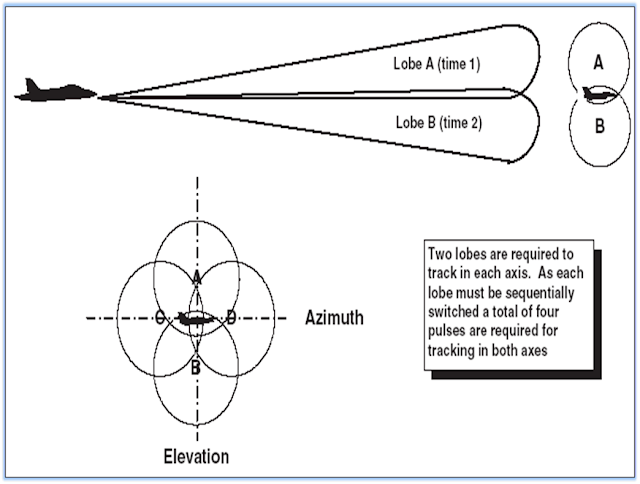 It is a technique in which the target is scanned in a circular pattern along the lobe.  A target centered on the boresight is always slightly illuminated by the lobe, and provides a strong return. If the target is to one side, it will be illuminated only when the lobe is pointed in that general direction, resulting in a weaker return signal. The signal will get stronger in the direction of motion of target and by moving the antenna in that direction; a target can be automatically tracked. The angle between the rotating circular beam and the tracking axis is known as squint angle. 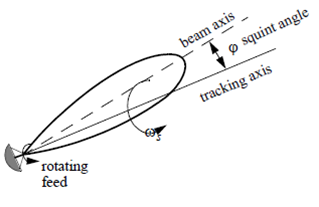 This is the most used technique in whichwith a single pulse angular coordinates can be obtained a pulse is transmitted using four antennas. Unlike sequential lobbing in which pulses or lobes are switched, here all four pulses are transmitted simultaneously. It was introduced by Robert m. Page in 1943. 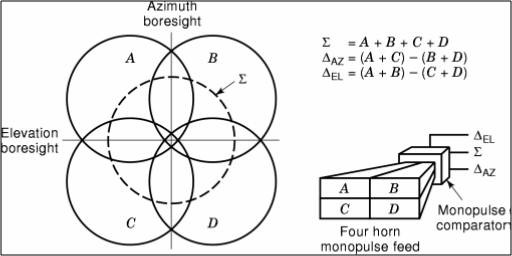 It is free from mechanical vibrations. Errors due to amplitude fluctuation of target echoes are greatly reduced.it is classified into

–     Phase comparison monopulse
A total of four hybrid junctions generate sum and difference patterns, here sum i.e. A+B+C+D is used only for transmission. If the return or reflected signal is the same summation signal then position of target is not changed. But if the reflected signal is azimuth difference i.e. (A+C)-(B+D) then there is a change in horizontal direction of target and if elevation difference i.e. (A+B)-(C+D) then there is a change in altitude of target. The result actuates servo-mechanism to position the antenna

APPLICATIONS OF TRACKING RADAR IN DEFENSE

We all know targeting, detecting and tracking enemies are a fundamental operation by defense forces. Well it reminds me of the dialog from the recent Sylvester Stallone flick EXPENDABLES 2.
“FIND THEM
TRACK THEM
KILL THEM “
HERE IS A FIGURE WHICH EXPALINS HOW MISSILE IS GUIDED TO THE TARGET.
Patriot air defense system 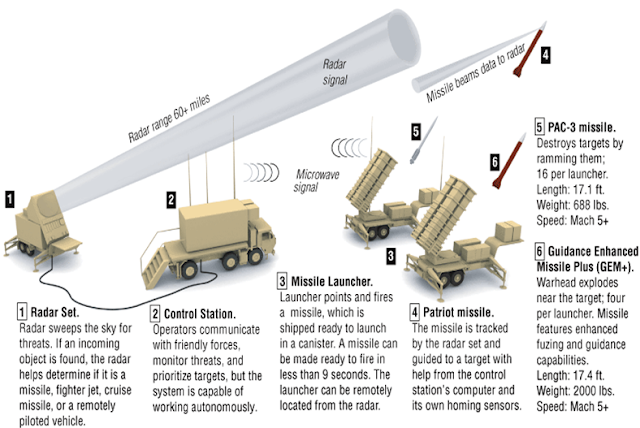 compliments as well as comments are welcome !!!