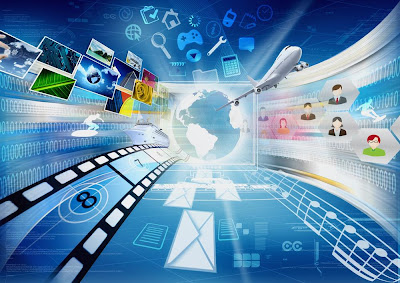 This post introduces to a new technology which can be used to transfer data by using light, Google Already ahead in this type of connection in USA which usually gives 1 Gbps speed.
Till now LED’s were considered just as an illuminating device but this July HERALD HAAS, a professor of engineering at Edinburgh university discovered how led’ s can serve wireless transmitting data access point. From any led source available like led bulbs, street lamps or any lightning object can be used for communication.
Just think the speed of light = 299 792 458 m / s 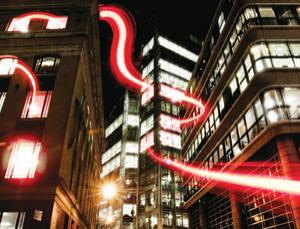 What if the rate of data communication has the same value i.e. transmit data at the speed of the light? Well what i think that it will be simply described in one word that is “amazing”. Haas has done it. According to him communication is possible using the principle of orthogonal frequency-division multiplexing which is used in 4G also. In this the digital data is encoded on multiple carrier signals.
Various intensities of light transfer different signals. It is just like working on Morse code using a torch or a light source (here the light source is led). Led’s are used to transmit data in a rapid stream of binary code which are invisible to the naked eye, can then be detected by a light-sensitive receiver. 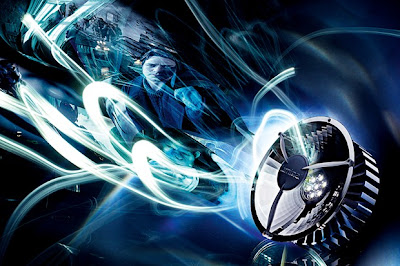 Although our very own Wi-Fi transmits data through radio waves which work on small fraction of electromagnetic spectrum. The bandwidth is low and we all have faced this problem. In college hostels, coffee shops the limited bandwidth spoils our entire mood’ when the number of people transmitting data increases and our speed starts decreasing. Similarly 3G, where the system is getting increasingly congested thereby turning from a high speed transmitting data scheme to a silkworm speed accessing method.
With this technology accessing or transmitting data in aircrafts, where radio waves could be a bit dangerous this technology will come into aid, it is of great use in underwater oil rigs where communication through radio waves is not possible. The interference level of this technology is low. It can lead up to speeds as high as 100 MB per second.
Although this technology sounds like a replacement to Wi-Fi but this high speed data transferring technology also has some limitations that is the inability of light to pass through obstacles. It cannot pass through walls and can be blocked. If the light signal is blocked, we can seamlessly switch back over to radio waves (Wi-Fi).
Now when we have to transmit data we got both light and radio waves to use accordingly as per the environment around us. The conclusion is that there is no dead end when it comes to technology, science always shows the path.