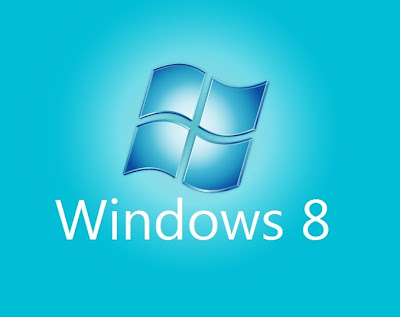 Windows 8 is coming with these awesome storage option you never expected, even you can transfer 6 GB data from two 4 GB USB by combining their space at one.
Everyone of us is now ready to be with Microsoft’s Hurrah… lol its Windows 8.
Some time before not so time it was the time when 80 GB of Hard disk was meant a lot for a user but now it will be look like where one will store the plenty of the blue ray rip ovies collection in the hard disk. So Now its going 500 GB as Normal but who knows after the recovery from the flood in Thailand what will be the demand of the increasing RAM and speed will add up the TBs of the Storage is coming and management of the hard drive and partition will be in focus of the user. So you are going to end up this post with the new technology that coming in windows 8 for better optimization of hard drive in Windows.
Thanks for proceeding. Believe me it’s very efficient as I came across after many research.
The main three changes that will be here are

Data Resiliency and working in Sync

Now let’s get to the point what all that for what one should be exited.

As already told u and experience that HDD space are shrinking day by day. Now if your previous Hard disk is full you have two option either you free up space (Tedious job) or add the new drive to the PC. Now if you want to extend the space of the partition of previous drive you cannot do that though you have new hard disk ready with new partition. But Now Its Over. Yes, Windows 8 is going to bring this change possible that with the empty space of new hard drive you can extend the space of the previous drive. Not only this you can make a partition using more than one drive.
Let’s get closer. Suppose you have a 250 GB of HDD with 50 GB as windows 100 GB as Songs 50 GB as Photos and rest for movies that you had only few earlier. But as your collection grew you decided to add a 500 GB of HDD but you could create new drive for the movie partition. But now you can extend your movie partition or songs partition by adding the free space from the new HDD. Isn’t really amazing? You can create even 700 GB of partition by using two 500 GB of drive. 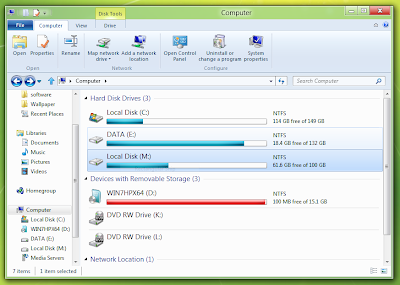 Lets suppose you having a hard drive of 500 GB and your partition is as 100 GB for Windows 100 for Songs 200 for movies and Rest 100 for document. What if your Movie partition is filled up. Earlier you had option that you can shrink the hard drive of document and add this up to Movies but now, you can increase the Movies partition to 1TB and Songs to 500 GB. One minute one minute, in realty there is no any physical existence of the space told above but Windows 8 can create the virtual Hard drive space that will reflect the more then its physical existence. As soon as you connect the new hard drive your windows 8 hard drive will start using the space from new drive.
Suppose you added 2 TB after 500 GB then, when the disk will be full then it will add up the real storage to the virtual one. And give you smooth functioning. Don’t bother if u disconnect the HDD then in same case your data will not be visible but space will be showing blank.

Data Resiliency and working in sync

As it is clear that windows 8 will be able to maintain the Multiple hard drives and large no of data. And for the backup purpose you must had multiple copies of the data on the hard drive say you have 2 hard drive and you are having the 3 copies of any data 1 on first and rest 2 on another hard disk. In case your second hard drive fails or you plug off that. In that case too windows will access the data from first hard drive and making it accessible. As soon as another blank drive is connected the windows will automatically create the mirror image of the same data on new drive with same no of times.
And last that should never miss is USB drives.
Windows 7 is already with function of converting the Pen drives as RAM (Read More) but 8 will be more fantastic. You can add up the USB storage to the hard drive of the computer to store data. Even you can combine the larger data on two USB. Suppose you are having two 2 GB pen drive and you have to store a 3 GB data then windows 8 will treate the 2+2 GB storage as single 4 GB and you can easily store 3 GB data which was not possible earlier.
http://Inteligentcomp.com