The entire Smartphone user and all of the geeks out there are must be aware of the GPS technology. GPS Stands for Global Positioning system.
The project developed by USA in 1973 to overcome the pit falls of the previous navigation system.

In this post you are going to end with the working principle of GPS mainly of two types 2D and 3D GPS system. In mobile device GPS system is of 2D and in Regular GPS devices Like those in cars are of 3D working principle. By using GPS one can get the exact location of the device on the earth or any defined area.
So Let’s Get Started.
In 1973 USA started GPS project with 27 Satellite on the orbit of earth on the distance of 19,300 KM and having the revolution time 12 Hour. These 24 satellites are arranged in such a way that at any point on the earth there exist at least three satellite in sight of the user/receiver and rest 3 satellite is for backup. 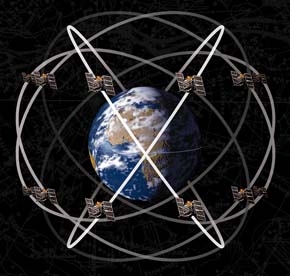 First of all I’m going to touch the working of the GPS satellite which is 3D GPS system. GPS satellite consist of an Atomic clock(For High Accuracy ) and GPS signal generator. When this signal is transmitted to the earth for all the GPS user, the wave of the signal reaches the receiver by some time leg behind. In GPS receiver there is Quartz clock. GPS signal is send with the ‘info of the time’ it was generated in satellite. And in the receiver end, the time of the receiving of the signal is identified. As done. The difference is calculated and distance of the receiver is calculated on the formula of
Distance = velocity of light x time
As the velocity of light is so high so it is understood that time leg behind will be so small. This same process happens with rest two satellites.Now let suppose a user is at the distance of x y & z Km from 3 satellites. 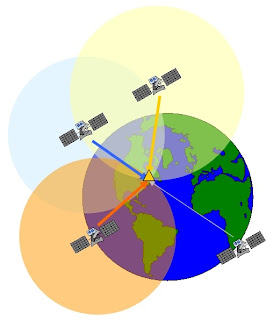 Now image the satellite as the centre and xbe the radius, and it forms a sphere where receiver lies at anywhere on surface. Similarly another satellite forms the sphere and now receiver lies at the common area of two sphere. And when the third satellite’s overlapping is done a smallest point is obtain which is the position of the receiver on the earth.
This GPS location is use to locate the person on the digital map (example Google Map) to get the direction and traffic information and all.

How GPS works in Mobile Device 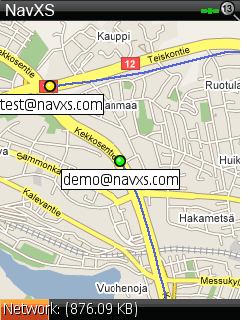 Now just Replace the GPS receiver with your Smart GPS enabled phone and Satellite with the 3 Nearest Mobile tower. The Sphere will be replaced by the Circle of the radius equal to the distance of the mobile from the tower. Now everything is understood as in previous Heading. Limitation of the 2D or Mobile GPS is that it will work only when the mobile network is available it means you will not be able to access your position in remote area. But in Satellite GPS system you will be able to locate yourself anywhere on planet just need to be away from hindrance between you and satellite.

When Not using the GPS turn off the GPS for Preserving your battery. More tips on saving battery  Read More>>
Hope I was able to make you understand the concept of GPS as much I know it. Hope you liked it. Suggest your Views and feedback in comments. Thank you. J
Cloud Tags | Networking | GPS | Internet | Mobile
see a video