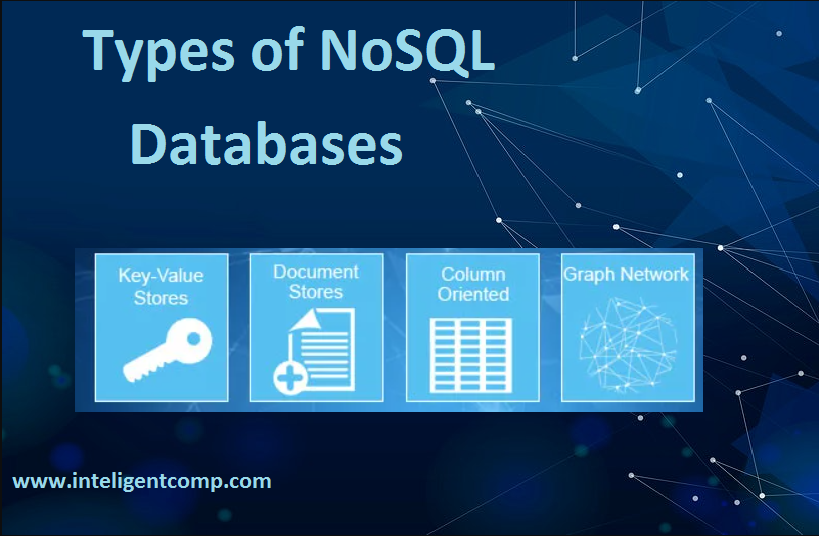 NoSQL database is attracting users from all over the world due to its exceptional behavior and Big Data distributed processing capabilities for unstructured data. In this article, we will discuss in detail NoSQL databases and their types.

Here are the four main types of NoSQL databases:

Also Read: Is NoSQL is a better Alternative for SQL?

Documents can be stored and retrieved in a form that is much closer to the data objects used in applications, which means less translation is required to use the data in an application. SQL data must often be assembled and disassembled when moving back and forth between applications and storage.

The document model works well with use cases such as catalogs, user profiles, and content management systems where each document is unique and evolves over time.

Use Cases of Document Database

Document stores are great for the following types of applications:

The value in a key-value store can be anything: a string, a number, but also an entirely new set of key-value pairs encapsulated in an object. Figure 6 shows a slightly more complex key-value structure. Examples of key-value stores are Redis, Voldemort, Riak, and Amazon’s Dynamo.

Use Cases of Key-value Database

Good Key-Value Database Use Cases Include:

As its name suggests, a graph database is modeled based on graphs. These graphs represent complex, interconnected information as well as the relationships within it in a clear way, and they store this data as a large, coherent data set.

Compared to a relational database where tables are loosely connected, a Graph database is multi-relational in nature. Traversing relationships is fast, as they are already captured into the DB, and there is no need to calculate them.

Use cases of Graph Database

Examples of graph base NoSQL databases are Neo4j, ArangoDB, and OrientDB.

While a relational database stores data in rows and reads data row by row, a column store is organized as a set of columns.  Columns are logically grouped into column families. Column families can contain a virtually unlimited number of columns that can be created at runtime or while defining the schema. Read and write is done using columns rather than rows. Column families are groups of similar data that is usually accessed together.

Column-Oriented databases can quickly aggregate the value of a given column (adding up the total sales for the year, for example). Relational databases stores different rows in different places on the disk while columnar databases store all the cells corresponding to a column as a continuous disk entry, and benefit from more efficient compression, making reads even faster.

Columns are often of the same type and benefit from more efficient compression, making reads even faster. Columnar databases can quickly aggregate the value of a given column (adding up the total sales for the year, for example).

Use Cases of Column-oriented Database

Developers mainly use column databases in:

While Selecting a NoSQL Database, you should also consider the database technology, its configuration, and available infrastructure, proposed architecture of your application, budget as well as the skill set available at your organization, etc.

Once all such questions are answered, the project team should shortlist a couple of NoSQL Database vendors and perform a Proof of Concept (Experiment through a pilot project) to evaluate the technology and benchmark the performance in order to finalize the selection.

We hope this article helps you get an idea of which NoSQL database type to choose for your application or project. More supported data models within one database mean more versatility for you and to the end-user, in the way you should store your data.

Is NoSQL is a better Alternative for SQL?