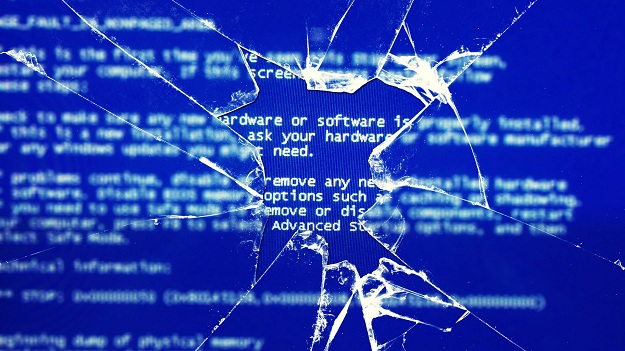 Blue Screen of Death (BSOD) is usually known as the scariest thing for windows PC, but do you know this is great feature that Microsoft has in its OS to prevent many Computer and Data related crashes.

Hi Everyone, Blue Screen of Death usually known as BSOD or Stop error in official language in windows displayed when Microsoft Windows faces any stop error or non recoverable error and need to restart.
Name Blue screen is due to background screen color of the Error message Screen having error report, reason, suggestion and some technical details.

At Lattice Inc. on IBM’s OS development named OS/2 the Term Blue Screen of Death is originated first by windows and OS/2 compilers. Developer team encountered those error when bug during the operating system running system software gets usually null pointers slipped during the Beta Testing.
A Company named as Big blue, the developer in humorous manner described the Blue Screen of Death in association of the color of IBM, and error which occur causing unrecoverable fatal in system.

Why Blue Screen of Death Appears

There are various reasons for this error, this error is usually non recoverable and user have to restart the system. Those reasons are.
Due to installation of Incompatible software or software from non-trusted vendor cause memory corruption of your running system. You need to check the software installation and certificate of identify those application installed to your system. When these application corrupts of halts the memory, and Operating system is not able to stop this corruption, in such cases BSOD is shown.
Similarly Drivers are written in C/C++ and other low level languages which directly deals with memory and addressing. These are directly related to working of hardware and software of the computer System. When these drivers are not able to handle computers component due to mismatching of the function with hardware, start making hardware to stop working, and something memory corruption thus Blue Screen of Death appears.
Hardware installed in your PC may cause serious error for the operation of your computer system and to prevent those errors, BSOD is shown to protect those damage.

What are content of “Blue Screen of Death” means?

Blue Screen is may be cause of death but its having many data that can help the IT guy to recognize the problem and recover and analyze the data. Lets See some content of Error Message
Refer the Screenshot of a BSOD, here I have mentioned everything. Still I am going to explain in brief. 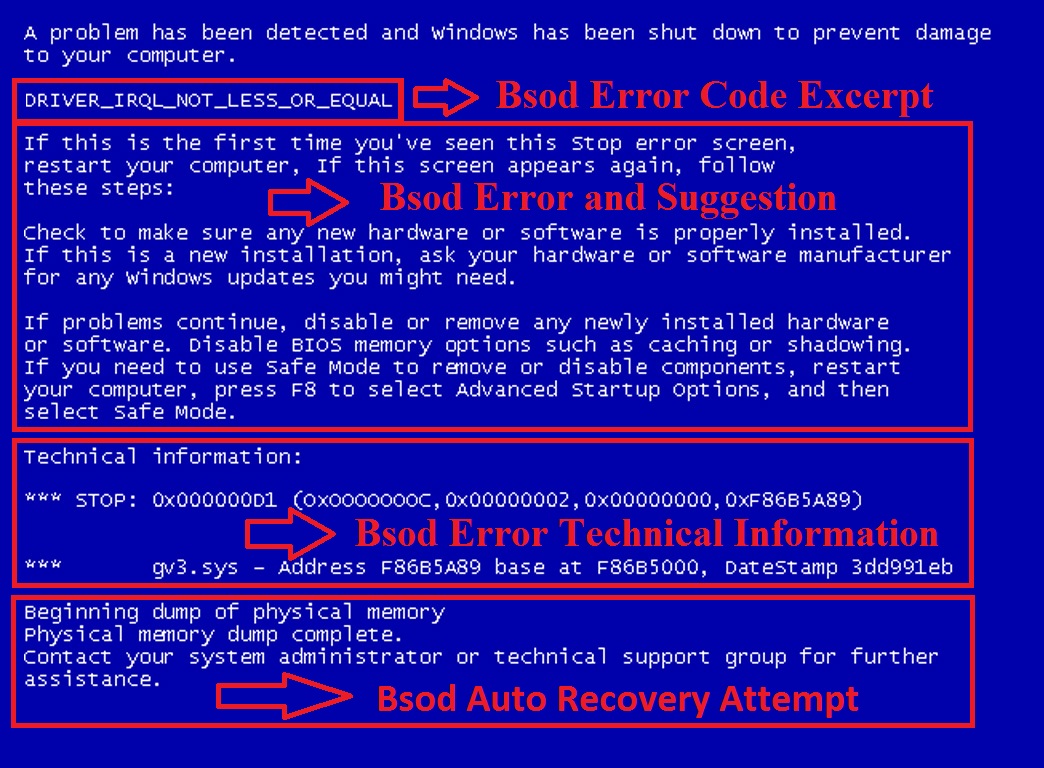 The First line is saying what actually happened to your computer, next paragraph is having Error codes, causing the death screen appear.
Next few paragraphs are having Suggestions for preventing such future error.
After this technical information is displayed and position of error in memory
The last paragraph is there attempting the collection of Memory dump to a file and saved to primary drive for later inspection of errors!

Why Blue Screen of Death is Good for your PC

Why BSOD is a problem?

Blue Screen of Death in Windows 8 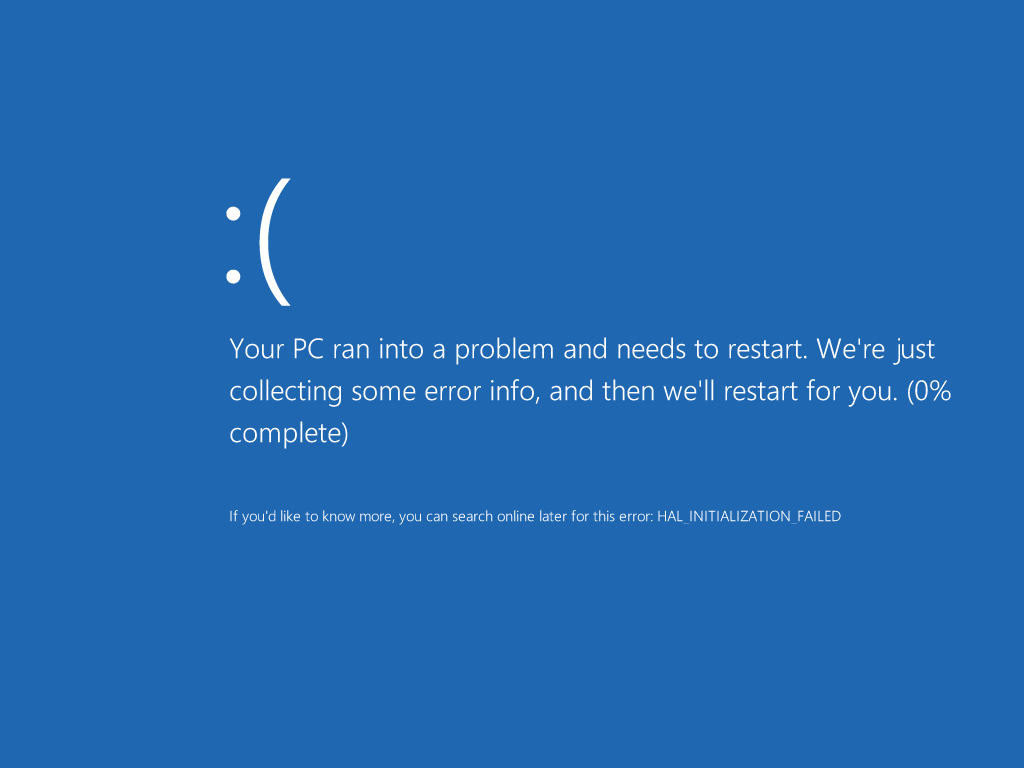 Windows8 is having completely different OS crash error screen named Aqua and have no any such information about the crash and all. It just restart your PC in few moments.

Windows 64 bit version is More secure for such error and can handle such corruption up to certain limit so BSOD encounter in 64bit OS will be fewer. And Preventing those reason will be making your PC safer for future use. Like and Share this informative Article to your friends and let them know more about Blue Screen.
http://Inteligentcomp.com

How to Recover files from WannaCry ransomware? (And everything you wants to know)

Why Chrome book is future of laptop instead of Windows laptop?

How to See BIOS Info right on Windows: Registry Tips