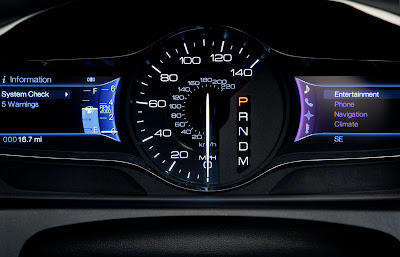 This post let you introduced to some of the excellent car safety technology at glance with their quick and complete description.
In our day to day life while talking, reading, discussing about cars we come across various terms such as adaptive cruise control (ACC), blind spot detection, parking assistant, lane change assist, pre-crash detection, autonomous driving etc.
The question which arises in a common man’s mind is what are these terms?  How are they related to cars they are driving? Well like always INTELLIGENT COMPUTING is here with answer.
Before starting or coming directly to these terms, I would like to explain something about radars and sensors.
Radar stands for RAdio Detection And Ranging .In radars a signal is transmitted ( e.m. wave) in a particular direction and if collides with an object it reflects back to the radar and we are able to calculate the distance, speed as well as direction of the object. A radar can be a pulse radar which transmits pulses after a particular time duration (only single antenna is present for transmitting and receiving) or a continuous wave radar (two different antennas are present for transmitting and receiving waves respectively) which transmits waves continuously.
Sensor (also called detector) is a converter that measures a physical quantity such as sound, temperature, speed etc. and converts it into a signal which can be read by an observer or by an electronic instrument examples are motion sensor, heat sensor, thermocouples etc.
Now back to the point 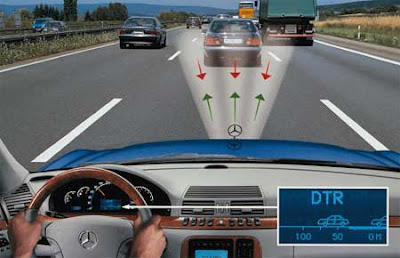 While driving especially on long road trips it happens that the speed of the cars varies widely suddenly the driver accelerates up to 120kmph and suddenly if any obstacle comes or driver starts feeling dizzy the car DE accelerates. Such varying speed sometimes becomes annoying for travelers and tiring for the driver. Hence, a technique known as cruise control comes. In this a certain constant speed is maintained to give comfort to the driver.
The cruise control automatically controls the speed of the car by controlling the throttle valve of the engine. The driver just presses the cruise control start button and shifts the car to a certain speed and the car sets its speed to a particular speed.
The driver doesn’t needs to use his legs. To stop cruise control the brakes can be applied by the users or simply clutch or accelerate. Some modern cruise control devices also have memory that is if the driver accelerates the car at any instant when the cruise control is on, the car accelerates and as soon as the driver stops accelerating the car comes back to the set speed.
Also there is automotive cruise control which when on and detects an obstacle or a vehicle ahead adjust the speed of the vehicle to keep it at a preset distance behind the lead vehicle.
It also can determine how fast the vehicle is approaching the vehicle ahead. For example, when approaching a lead vehicle at a high rate of speed, the system will activate sooner than when approaching slower. These have radars to detect objects ahead and around it. 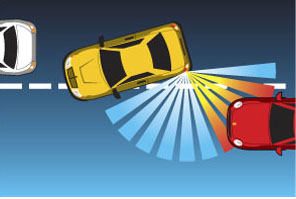 Blind spot simply refers to locations where a driver cannot see easily while driving.
While driving we know that there are certain areas behind the car where a driver doesn’t have visibility like in India where driving is done from right side the driver can use side view mirrors and rear view mirrors for detecting vehicles behind him or trying to overtake him but sometimes he doesn’t have ideas of what is actually coming from left side. Many accidents happen due to these reasons when a driver tries to overtake from the wrong side. Or while driving when at point comes or road gets converge having bushes in between restricting the users view or most importantly driving in heavy rains when the driver is not able to see through wind shield and glasses of car clearly.
Blind spot detection systems use radars to detect the vehicles coming in range of your car and display them on the blind spot monitor in your car or it gives a signal. Hence a user is able to know about the vehicles coming on its way in time and is able to avoid collisions. 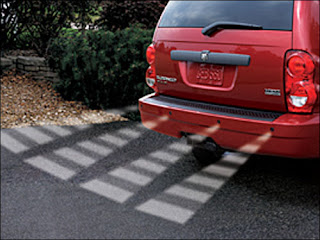 We all know that today everyone has cars and when we go to markets or outings it becomes a task for us to find space to park our cars and if we are able to find space it’s a tuff job parking them specially when there is not sufficient space. Some drivers also feels pressurized and sometimes bump into other cars.  Now this is when park assistance comes into picture. These consist of ultrasonic sensors and a rear camera (some cars also have a front camera)and a micro controller circuit. When we switch on the parking sensor, the parking sensor starts looking for parking space and when it finds one it tells the driver. All what driver has to do is to stop the car and put it into reverse gear the car moves and ends up parking itself in the right direction and in a proper manner. 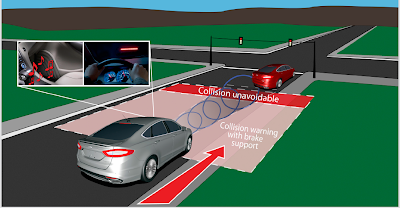 The pre-crash detection or collision warning with brake support integrated system allows the driver to set the vehicle’s speed and maintain it without using the accelerator pedal, and uses radar sensors to detect moving vehicles ahead and warns the driver of collision risks. The system provides an audible alert when it senses a reduction in traffic speed in vehicles ahead. When the danger of a collision is detected, it provides a warning light that flashes on the windshield. If the driver’s response is delayed, the system will pre-charge the brakes to prepare the vehicle for more aggressive braking to avoid a collision.  If the driver lifts quickly off of the accelerator indicating a desire to slow down, the system will apply the brakes to a nominal level to decelerate the vehicle faster than the driver can move his or her foot to the brake pedal. If the driver hits the brakes rapidly, the system is designed to provide full braking capability of the vehicle to avoid an accident.

It also uses radar technology just like blind spot detector it looks if any vehicle is in our way or crossing us, or if there is a chance of collision if we change our lane. If there is it will give us an indicator and the collision could be avoided. 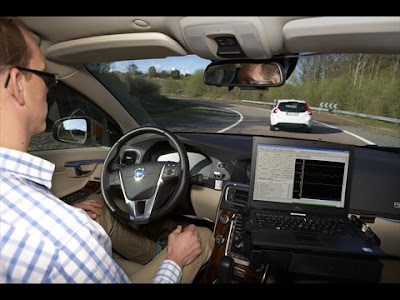 From many years we have dreamed of self-driving cars and finally its here. Autonomous driving is possible in cars consisting of radars, lidars, sensors, GPS and computer vision which help the car to collect information of its surrounding and drive. The traveler has to just enter his destination and rest is history. All above explained things also functions in this.
From this we learn that how technology has made driving easier and safer.

How to Block Site temporary in Google Chrome in one Click