Can we retain data on RAM after re-inserting? 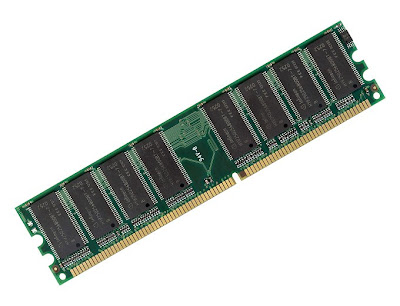 Whenever you come to know about the RAM, you hear it is volatile memory. Data on RAM can be recovered in certain condition or not? Let know this.
RAM is Semiconductor based volatile memory, used as temporary memory for processing our data but for CPU its main memory. Once we switched off the computer, all the data loaded in computer’s RAM will be vanished. But as I studied little deeper I got something that I like to share with you Intelligent Readers.
For your information, RAM is consisting of small units called cells having mainly two components, Transistor and Capacitor. These capacitors either contain electrical charge (bit value 1) or no charge (bit value 0).
Transistor mainly controls the charging and discharging of these capacitors thus connected to two electrical lines called word line and bit line. During the reading/writing processor of CPU first activate the word line to make Transistor permeable. While writing the data bit to the capacitor, CPU transport all the data through the bit line. With the potential of the lines these charges are align in capacitor which corresponds the value 0 or 1. Capacitor always de-allocates the charges in the bit line during every writing process. Yet the rise and fall in the potential depending on the capacitor is loaded or not. After this CPU get able to interpret these as 0 or 1. 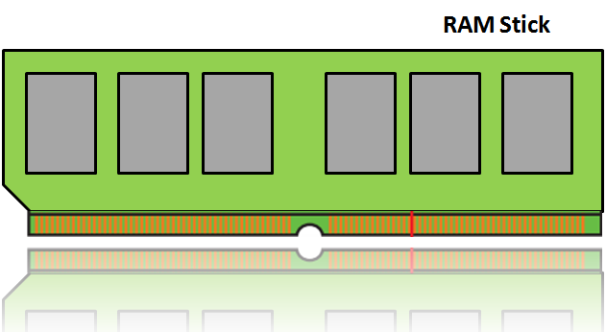 A fully loaded capacitor can hold around 100,000 electrons only. This minor electrical charge can be easily cleared very fast even by leakage surrounded by material around the chip. Thus internal memory needs refreshment at interval of every 15 microsecond, which means several thousand per second. 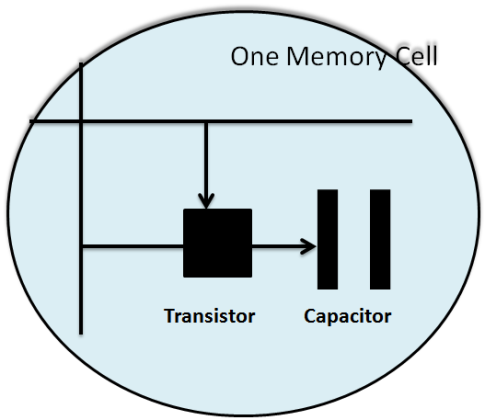 These memories not empty in millisecond, some discharge slower, some faster. Even most of the bit can survive at even room temperature for even 2 seconds.
Now but if we cool down the material and environment of the cells, suppose up to minus 50 degree Celsius, charge can be retained to much longer time.
I trial experiment, computer is made sleep to standby mode, after this Cooled RAM is removed from the socket, after many seconds it was again pulled to the socket and computer is waked up.
Amazing, everything was same every data inside RAM was retained. 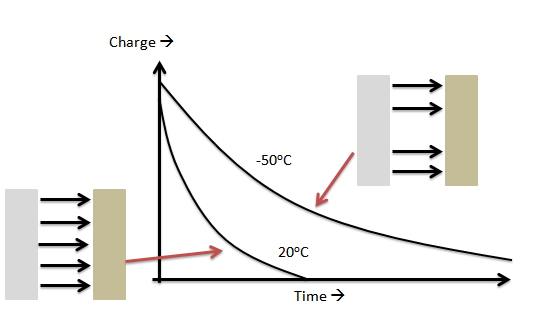 I am not expecting security issue or any other uses, but I just found out, theoretically and even practically it is possible to retain the data/content in RAM even after the disconnection from main System.
Hope this added a lot in your previous thought and made a new awareness for you all.
http://Inteligentcomp.com