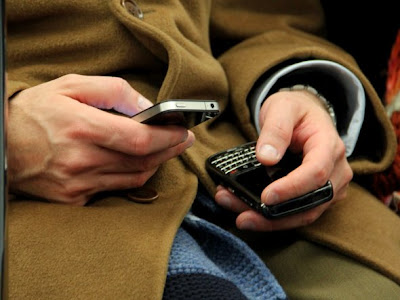 If you are a student, tech hungry, or researching on the World’s most used devices i.e. cell phone its basic principle and working with network, here is complete tutorial for you.

The cell-phone carrier receives about 800 frequencies to use across the city. The carrier chops up the city into cells. Each cell is typically sized at about 10 square miles (26 square kilometers). Cells are normally thought of as hexagons on a big hexagonal grid.

A single cell in an analog cell-phone system uses one-seventh of the available duplex voice channels. That is, each cell (of the seven on a hexagonal grid) is using one-seventh of the available channels so it has a unique set of frequencies and there are no collisions. The combination of all cells of a MTSO is known as a cluster. All available channels are divided in the cluster accordingly. These Hexagonal grids are not really present it is just an adaptation for a cell as after circle hexagon is the shape closer to show uniformity of signal 3600around the base station. Circular cells are not considered as they will leave voids.

Well starting from a cellular system. A cellular system provides a wireless connection to the public switched telephone network (PSTN) for any location within the range of the system. A basic cellular system consists of mobile stations, base stations and a mobile switching center (MSC) or mobile telephone switching office (MTSO) which is responsible for all communication with PSTN. A cell phone (mobile station) is like a radio which communicates with the base stations. The base station consists of several transmitters and receivers which serve as a bridge between all mobile users in the cell. 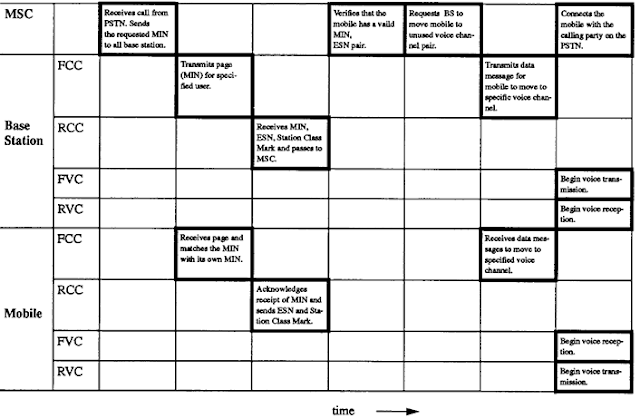 Calling from a mobile

When a mobile originates a call, a call initiation request is sent on reverse channel. With this the mobile station transmits it MIN, electronic serial number (ESN) and the number of the called party. The mobile also transmits a station class mark (SCM) which indicates that transmitter power level is for particular user. The cell base station receives this data and sends it to MSC which further connects to the PSTN, and instructs the base station and mobile to move to a unused frequency. 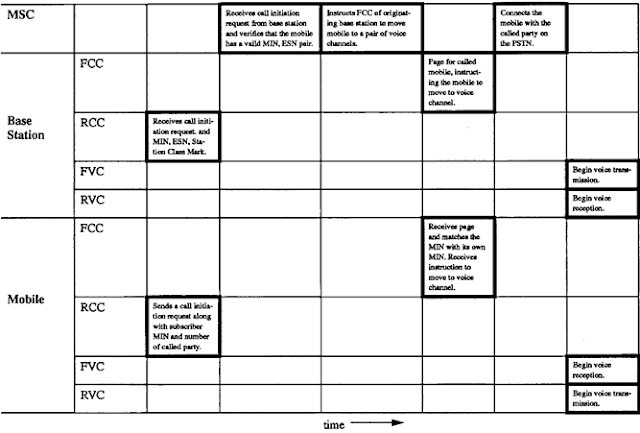 Suppose the call is in progress and the mobile user moves towards the edge of the cell (assuming the base station antenna is at the center of the cell) the strength of the signal gets weaken, Meanwhile, the base station in the cell you are moving toward (which is listening and measuring signal strength on all frequencies, not just its own one-seventh) sees your phone’s signal strength increasing. and as the mobile station enters another cell, the MSC then switches the voice channels according to the new base station to maintain the call. This is called hand-off. 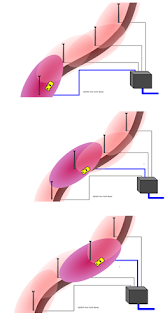 Cellular systems provide us a service known as roaming. It is a service which allows users to communicate in areas or regions rather or away from their home network. MSC issues a command asking all mobiles to verify their MIN and ESN. If new phones are reported, then MIN/ESN data is used to request billing status from home location register. Good news is that roaming will be vanished by mid 2013 in INDIA.
FOR MORE DEEP STUDY ON THE CONCEPT OF CELL PHONES
WAIT FOR  CELL PHONES PART 2
http://Inteligentcomp.com