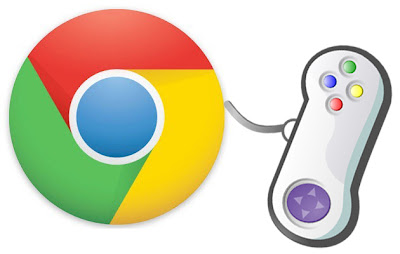 List of best free games for your Google chrome and easily play them offline with wonderful graphic and full screen and multiplier support. see and download here.
Pushing the limit of just browsing Google chrome is always ahead of all. With support of HTML 5 and not only being an application, chrome is now a strong platform for other application too. Flash based games are being popular now a days and it’s too efficient and can use the graphic and hardware acceleration of your device to give you greater gaming experience. Share the gaming experience, saving the progress and multiplayer gaming within your Google chrome is really something awesome.  Here list of newly Updated Top 10 games that anyone can play on Google chrome.

Telling you truth, i first saw angry birds game on my Google chrome only, after this just don’t ask. Yep! Rovio’s produced Angry birds don’t need any introduction in current generation. The only game supported by wider range of mobile as well as PC platform and millions of user are playing it. Each new release of the game always makes the world crazy. Many of the levels on Angry birds, many feature and designing made it rock around the mind of the people. Angry birds are free to play on the Google chrome and you can even play it offline too.

One of the Google’s native client’s projects has made this game. Awesome Gameplay with real like sound track will give you a sound experience. When you are playing this game in Full screen mode, no one will b able to tell if you are on chrome or on the Windows client.  Its partial version is free, but you need to spend US $ 14.99 to unlock full game.

A Cartoon animated, physics logic based puzzle game that basically involves, building a bridge with least utilization of the given resources. This game is engaging, funny and logic based that will make your time spends lightly. You can play it easily in Full screen mode too. This game allows you extend the level and unlock them when you completed the existing.

Another physic based puzzle game which is too interesting and played by many people around the world. This game involves the cutting of rope to feed the cute monster with candy. This game starts with easy level but gets more and more complicated. You will be comfortable with its excellent graphic and mind puzzle will hold you with.

For those who are bit serious, chess is always a good choice for them. In Google chrome Sparkchess is best chess game you will be able to find on the Google chrome. Browser based game is flourished with full featured 3D gaming and animation within it. Multiplayer supported games lets you play with some of the hints too in the way which will make your game play stronger.

Action based game from the producer of Fruit Ninja. This involves shooting of enemies. Playing more and chasing the level will help you to unlock. You can record and save the game  and playing this in full screen is like wow. This game is free and you can play it offline too.

How to find, and read Log files in Linux?